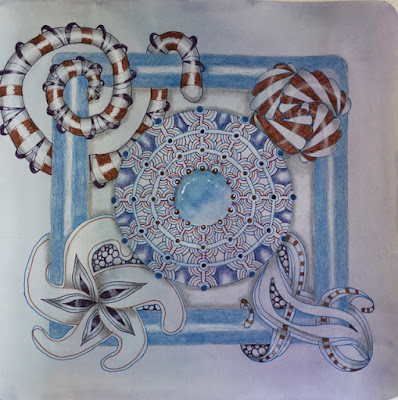 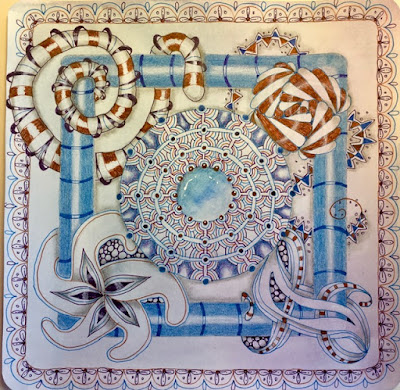 I had a chit chat with Margaret Bremner on this one.  She made some good suggestions and I thought of a few more.  Even hubby got in on the act (he wanted the border).  The second piece was photographed in better light too. There is indeed a blue tint to the paper but not quite as dark as that first one makes it look.

So I added a border...I added the tangle called "Rain" at the top and right side weaving itself under the blue frame and I added dark bands around the blue frame to give it depth.

I am MUCH happier with the result.  Sometimes you have to let a piece sit awhile before you know what to do.

I am considering framing this one.  Floating it on white with maybe a tiny band of blue around the outside edge with a nice warm brown wood frame.  The piece is 9 x 9" so it'll frame out about 12 x 12 I think.
Posted by Ginny Stiles at 10:46 AM