Star Wars Day: May the 4th Be With You 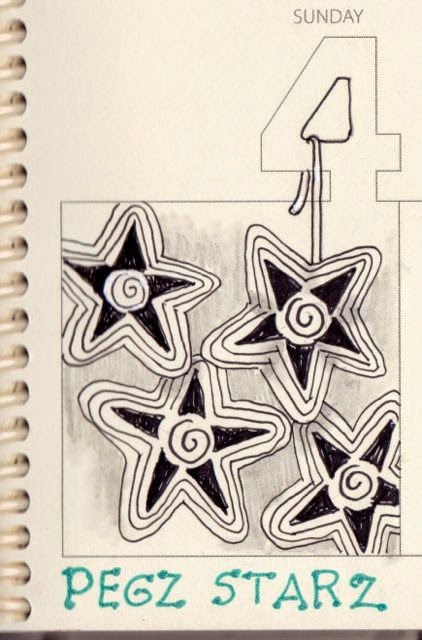 Today is Star Wars Day. According to the online resource Wookieepedia, it is typically celebrated by sci-fi fans the world over with parties, movie marathons, Star Wars-themed toys, the occasional light-saber duel, and movie-quote exchanges on Twitter. You could also celebrate by reading one of the many Star Wars-related novels, playing a video game, or gazing at your collection of action figures in their original packaging. "It's nice that this particular date seems to observe and celebrate the power of the Force, and we're thrilled thatStar Wars fans continue to find new ways to connect with a galaxy far, far away," said a Lucas Films spokesperson.
Despite the fervor of some of its fans, Star Wars Day is not a religious holiday yet, although the Church of Jediism is lobbying hard. The City of Los Angeles prefers to celebrate Star Wars Day on May 25, the anniversary of the film's release, but as for the rest of us ... May the Fourth be with you.

Tangle by Peg Seay
Posted by Ginny Stiles at 6:42 AM