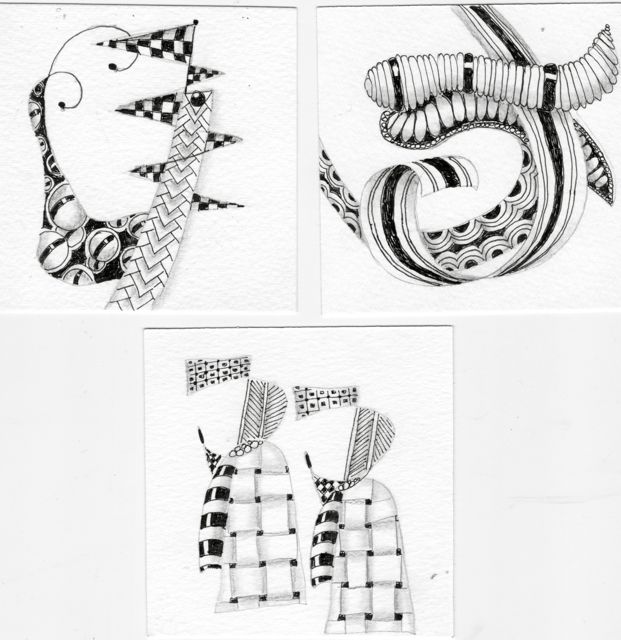 To my mind, you will NEVER run out of "strings" in Zentangle...but...sometimes you can sort of get stuck in a rut.  Same ole, same ole.  A while back, Margaret Bremner made a suggestion on her blog.  She suggested rubber banding two pencils together to make a string.  I never got around to trying it until last night.

Now I personally have found it a little more creative (for me) to hold two pencils at a slightly different angle (with one hand at the same time) and then draw the string.  (Rather than using a rubber band.) But I'd suggest you try both ways.

After I draw the marks...I stop and lightly redraw the parts I feel are the best parts and sometimes "erase" a line or two where something crosses or add a line to close a shape or run it off the tile.

The three above are all two-pencils strings.  To me, they feel refreshingly "outside the box".